Ello Mate! So since today was mainly a travel day (from Shanghai to Xiamen) my Beijing roommate, Laura Smolej from Australia, decided to help me with my blog! So today we are going to go through some fun facts you might not have known about down under (I know after meeting Laura that Mary-Kate and Ashley did not do a very good job in “Our Lips are Sealed”). But do not fret, Laura is here to help us out. Good idea eh? Or as Laura would say: you reckon? Haha
Anyways, here are a few fun facts about Laura. She is 20 years old, and is currently studying Agriculture at the University of Tasmania (aka UTAS). Laura has always lived in Tasmania, which is a small island off the main land of Australia, with a population of only half a million people. She competed in Miss Earth Australia, which has brought her to China for World Miss University as Miss Australia. Her favourite hobby is ice (figure) skating. She’s funny cute and all around a great person to hang out with! But she’s taken boys lol.
Now, let’s get to some fun facts about Aussie! I tried to quote her as much as I could, and I hope you find them interesting, I know this Canadian girl did!
Enjoy and “catch ya later!”

1) The Tasmanian devil is actually a real animal! 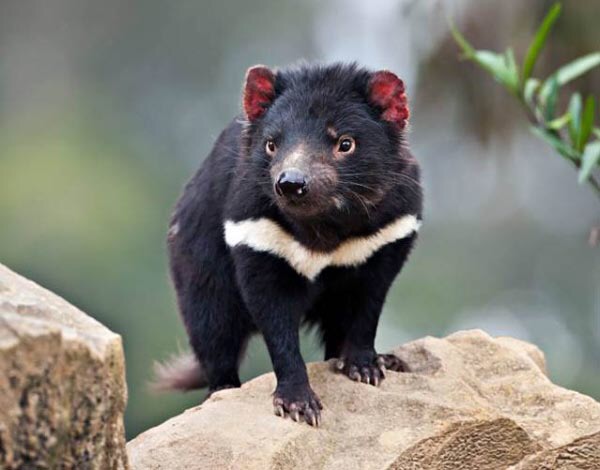 In fact, they are currently an endangered species. In the last 10 years a contagious cancer that spreads between Devils devastated the population. The disease is called DFTD, which stands for Devil Facial Tumour Disorder. They are currently trying to find cure. They have been releasing animals into isolated areas but then people end up hitting them with cars which is extremely unfortunate. And baby Devils are apparently the cutest thing ever!

3) Sydney is not the capital of Australia

Although arguably it’s most famous city, Sydney is not Australia’s capital. In fact the capital is not even Melbourne, or as Laura pronounces “Mel-bun”. The city of Canberra is the capital!

So I guess Aussie’s try to scare tourists and mention “drop bears” which are koala’s that will just drop on you and attack you on the footpath (aka sidewalk). They’ll try to scare you while bush walking (aka hiking) just to play a mean joke. Well we are here to tell you to not buy that, they’re not real! So bush walk all you want mate!

5) You wear your “Blunnies” to go out

Blunnies are slang for the work boot called Blunstone. According to Laura they’re very popular in Australia. I suppose we could compare them to our Timberland boots. Good style if you ask me. I’d wear them! They even make them for kids! And if they’re following on the UGG trend, they must be super comfy!

6) They make the “Holy Grail of Lipgloss” 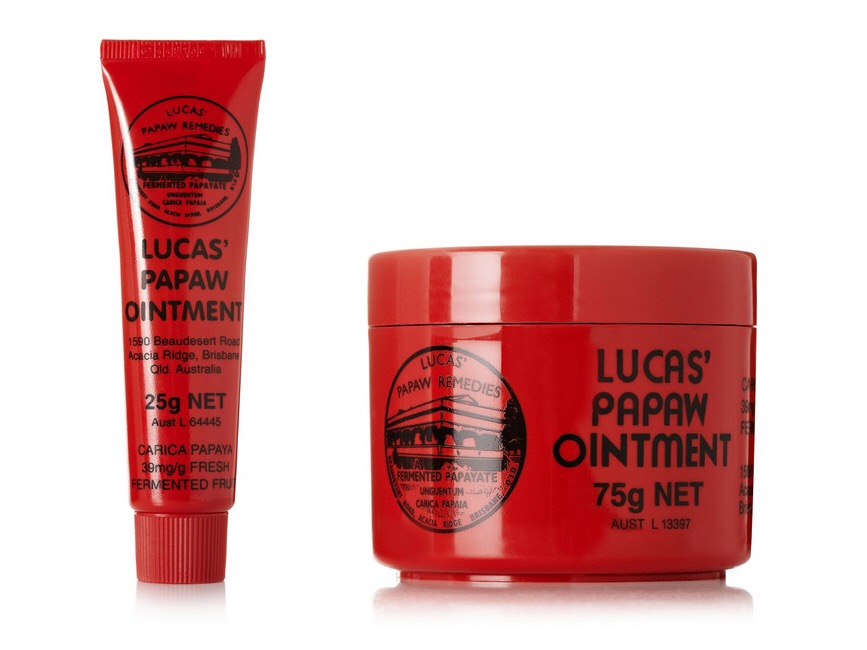 Lucas’ Pawpaw Ointment is Laura’s “worst thing to lose”. She uses it as a lipgloss but because it’s an ointment it can be used for anything! Really hoping I can get my hands on one of these in Canada one day!

Now a few Aussie’s I’ve met in Canada have showed me how big of a sweet tooth they can have ;), but Laura introduced me to a few new brands including Red Skins and Tim Tams. She also told me that Vegemite  recently came out with a chocolate flavour, limited edition! (As if they could improve that taste! Just kidding I’ve never actually tried it). As well, the Australian national food, (which was apparently borrowed from New Zealand and never given back) is Pavlova: a giant egg meringue with fruit on top! (Sorry New Zealand!)
Now that I am in Xiamen, I am roommates with Miss Singapore, Pau Teen Lai Apple! Who has been one of my good friends this trip! Stayed tuned for a post from us to come 🙂 xo

Catherine is a Canadian actress and storyteller. She holds a MSc. Creative, analytical, and passionate, she believes in the power of combining science and the arts. View all posts by catherinevalle

Pretty cool start to my first ever nurses week! 🩺 — feeling ready for my clinical rotations, half vaxxed! 💉🙌🏼 #pfeelingpfine #nursesweek2021 #nursingstudentlife
Wishing all of you the happiest Easter! My heart and stomach are full and I am very very very grateful to live in this place and time, loving the people I get to love 🧡🙏
Anyone else daydreaming of the day we get to dress up and go out again? I bought this outfit last month hoping I’d get to wear it to a party or dinner, but looks like I’ll be wearing it around the house for a while 🙄 But idc, I needed to feel like that bish again — I believe the power of the mini skirt and pumps will truly never fade 💁🏻‍♀️ — and it doesn’t hurt that Blake approves 🥰
Ok I am weirdly obsessing over spring this year — it feels like that moment where after a long winter, I’m just about to hit the beach in a bikini, but like I’m not tan yet and it feels weird being so exposed. I look at the branches in the background of this picture and I like to think they feel that way lol
🪴Happy First Day of Spring!!! I was so excited that I asked Blake if we could go buy flowers for the house and like how could he say no? Lol 💐
🍀 I live sober so I won’t be fully indulging in St. Patrick’s Day this year...
This hobby of mine is the only thing getting me through this lockdown — this one’s dedicated to the original Britney — @5678msonoski 🤟🏻❤️💋
BTS used to mean behind-the-scenes, but this year it’s back-to-school 🤓 and yes I’m already behind 🤷🏻‍♀️
When you’re not born with sisters you find them 💖 love you forever @laurennruss_ 👯‍♀️
Looking for the silver lining of 2020 — us ❤️ @whoizbt
Happy Holidays/Merry Christmas/or just Happy December 25th — from us! @whoizbt 🎄✨
Married & Moody 🤟🏻💋 if I wrote an album about 2020 that’s what it’d be called, some songs about how in love I am, others about how we fight, and the rest about becoming an adult in a world that’s changing every hour 😅 cheers to taking it one day at a time and being able to feel all the moods 🥂 @whoizbt